Is Justin Amash a Viable Voter Choice for Next President? 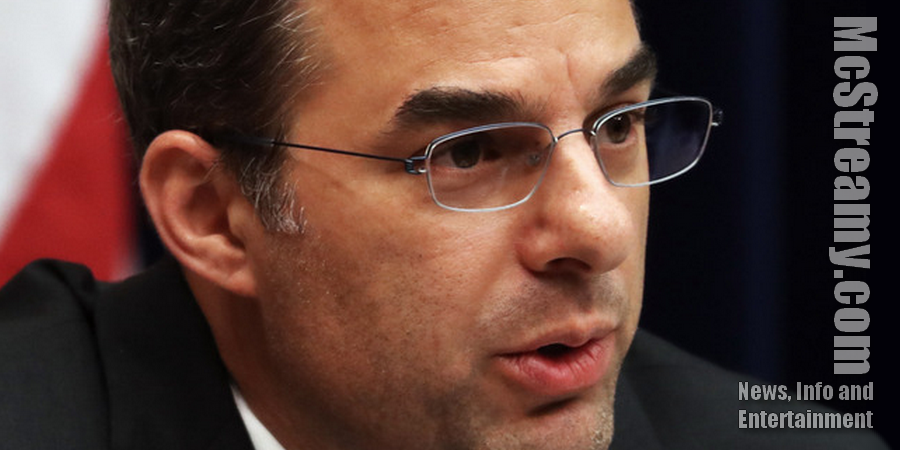 McStreamy – The 2020 presidential election is getting even more interesting with a new name mentioned to enter the race as a Libertarian Party candidate. Republican incumbent Donald J. Trump, 74 in June, and former Obama Vice President Joe Biden, Democrat, 77, now may both have something to worry about besides each other in the unusual COVID-19 era campaigns toward the November 3, 2020 election date. Michigan Republican U.S. Congressional Representative Justin Amash (pic), 40, at odds with Trump and today’s Republican Party, has become a Libertarian and is setting his sights on possibly becoming the 46th President of the United States.

Amash has been a thorn in the side of Trump when he was a Republican more than once and it was often hoped by some Democrats that the seemingly sometimes liberal friendly Amash would turn to the Democratic Party for future endeavors in the political world. However, his decision has been made to become a Libertarian and shows signs of aggressively going after the Oval Office.

There are those who see a Libertarian candidate this time may cause the same kind of situation that took place four years ago. There is concern that the 2016 election that resulted in Trump winning enough electoral votes to gain the White House in the first place, away from Democrat Hillary Clinton (who won 3 million more popular votes than Trump) may have been in part due to the candidacy of Libertarian Party candidate Gary Johnson (4 million votes), and Green Party candidate Jill Stein (nearly 1.5 million votes), as well as the perceived interference by a foreign government who favored Trump winning.

If a similar circumstance might occur many people fear the outcome may again result in putting a person in the White House Oval Office who doesn’t deserve to be there, except for the Electoral System our country relies on from the early days, before the speedy methods of communication that we observe today. The great fear of the majority of voters is that third-party candidates for U.S. President, as well as possible outside hands in the political process, may again mess up the resulting Electoral Count, ushering in the re-election of what the majority fear is an ineffective, incompetent, unwanted incumbent for four additional years.

SINCE WE PUBLISHED THIS article on May 6, 2020, Amash announced May 16, 2020, that he has decided not to be a Libertarian Party candidate for President of the United States in the 2020 election. He now says, “After much reflection, I’ve concluded that circumstances don’t lend themselves to my success as a candidate for president this year, and therefore I will not be a candidate.”

To Learn More go to our sister online website TheTopNews.Net, also known as USWebDaily, continuing the 15-year tradition of quality, dependable news and information gathering from the best 140 news sources, 24 hours every day. Find out what they’re writing and reporting at other news outlets about new presidential hopeful, Libertarian convert Justin Amash as he studies his chances.