Will GOP Senators Have Guts to Do the Right Thing? 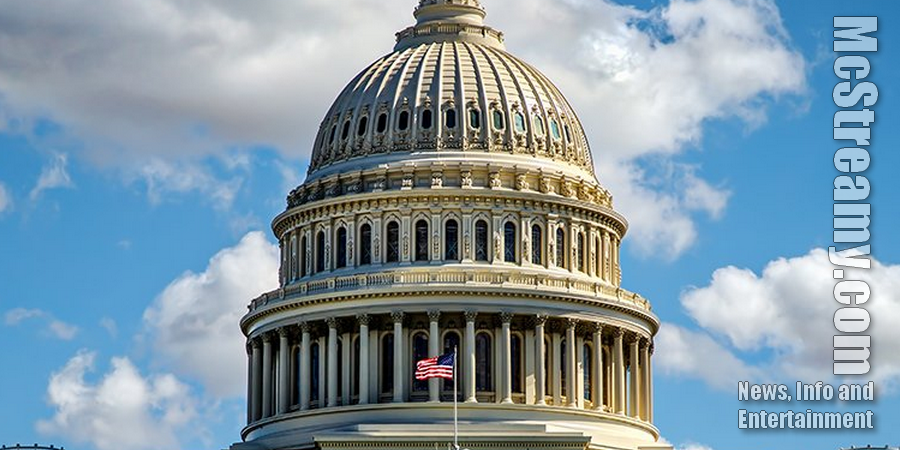 McSTREAMY NEWS – All eyes, ears, and minds throughout the world are tuned in and turned on to the continuing drama in Washington, D.C. as the United States Senate goes full steam ahead this week during the Senate portion of the Impeachment proceedings against former president Donald J. Trump. On the wee, small chance that you may not be aware of what this 2nd Impeachment trial against the former president is all about:  Trump has been charged with Inciting an Insurrection in the form of a riot at the Capitol Building down the street from the White House.

Trump had invited his supporters to the city to rally and hear and see Then-President Trump speak on the day Congress was to officially accept and ratify the results of the November 3, 2020, Presidential Election. Trump was televised to the world earlier on January 6, 2021, vocally urging the rally crowd to go to the Capitol Building to put pressure on Congress to encourage them to somehow change the real outcome of the election so that Trump would be able to continue on for another term instead of the rightful new president Joe Biden, who was at the time scheduled to be sworn in as Trump’s successor on January 20, 2021.

Trump had given his supporters the idea that (in Trump’s opinion) the election results must have been “rigged” to “steal” the election away from him. This has been proven to be one of the biggest lies of the four-year term of Donald Trump as President of the United States from 2017 to 2021. Soon after his inauguration, the Washington Post began keeping track of his misrepresentations of fact and have determined that President Trump lied well over 30,000 times to the press and the public in speeches and interviews by the time he left office on January 20, 2021.

Trump’s “lies” were about all kinds of governmental subjects. However, leading people to believe he had NOT lost the election and, instead, that he had won, but there was a fictional conspiracy to take his “win” away from him, has been called THE BIG LIE. Unfortunately, his fans tended to believe the lie, and, apparently were eager to do something about it. Something Trump allegedly thought would be the solution. That solution resulted in what became the “insurrection”, the January 6, 2021 assault and invasion of the Capitol Building on the very day the Congress would make final, the actual results of the Presidential Election, which had taken place in November of  2020.

In any event, January 6, 2021, became the day the world saw, in real-time, on live tv, the Act of Insurrection of a riotous, often violent, group of Trump’s “Make America Great Again” marchers from the Trump campaign along with many of the millions of people who had voted for him that gathered on that day. When the dust settled the inside of the Capitol Building was damaged and vandalized, and many of the riotous group physically had broken into the locked building through glass windows and doors, leaving a mess in the Senate and House chambers, hallways, and offices in their wake when they left the building several hours later.

Unfortunately, the mess left behind in and outside the building was not the only thing damaged when the riot took place. A woman and a Capitol Police Officer were killed, and several people received injuries on that now infamous day, and, at last count, somewhere in the neighborhood of 200 people who participated have been identified, and in most cases, captured, arrested, and charged with various crimes involving the riotous Insurrection. Many of the people arrested and charged have put the blame on Donald J. Trump, who they claim led them to believe it was necessary to participate in the activity at the Capitol Building that fateful day.

“Inciting the Insurrection” is the official charge of this second Impeachment during the first and only 4-year term of Donald J. Trump. Now, the House of Representative’s attorneys must present the case as prosecutors to the Senate before a final vote of the Senate members will determine the fate of the former president. Even though Democrats have gained a lot of seats in the Senate, they will need at least 17 Republican Senators to join them in the vote in order to impose punishment upon Trump for his alleged role in the January 6, 2020 riot at the Capitol Building in Washington, D.C., USA.

Meanwhile, it is important to note that, while the mob apparently, allegedly attempted to change the outcome of the Nov. 3, 2020 Presidential Election, by forcefully entering the U.S. Capitol Building January 6, 2021 with the apparent attempt to pressure Congress into changing the duly certified vote count of the election, the mob was not successful. Even though a substantial number of voters (approx. 74,224,501) selected Donald J. Trump to win, it was not enough to be victorious, because Joe Biden (approx. 81,284,778 votes) won by several million popular votes more than Trump and as a result was therefore honored with the winner’s share of the Electoral Vote (306-232), making Joseph R.  Biden, Jr, the rightful successor, and, legally, officially, is the 46th President of the United States of America.