House Team Proves Trump Guilty, Technicality Gets Him Off? 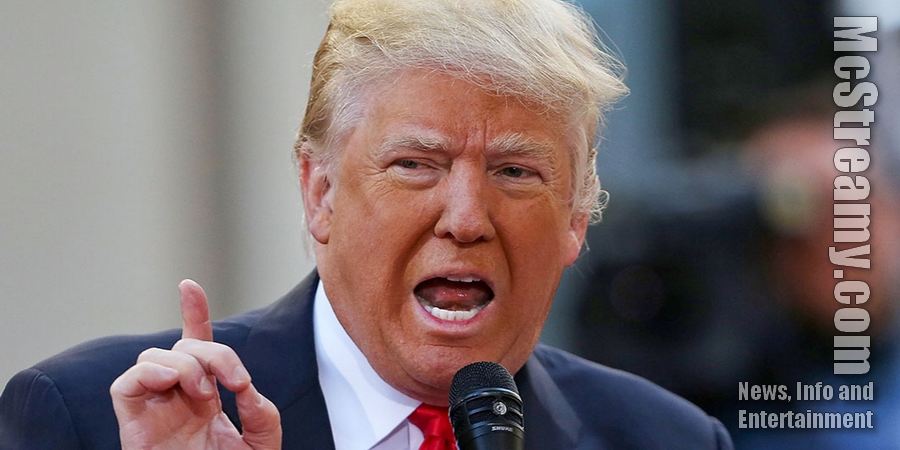 StoryGuide | RadioGuide | VideoGuide | SiteGuide | NewsGuide | NewsBriefs
McStreamy News – When the dust settled January 13, 2021, at the end of the 2nd Impeachment trial of former president Donald J. Trump (pic-above), a highly oiled, trained, capable, ready, willing, and able House of Representatives prosecution team had proved its case, but, it seems a technicality partially allowed Trump to get away with the transgression against the United States government, Constitution and its people that in his oath of office he was supposed to protect.

Five Republican U.S. Senators and two Independent Senators joined 48 Democrats in finding Trump guilty of Inciting An Insurrection against the United States Government when a group of Trump supporters physically broke into the Capitol Building as Congress was in the process of accepting the official results of the November 3, 2020 election, but it was not enough.

The United States Senate vote on the Impeachment Trial required a Guilty Verdict by at least a 2/3rds majority of the 100 member Senate. Even though there was a substantial bi-partisan Guilty tally, the verdict tally in the Senate was 57 Guilty to 43 Not Guilty. However, only a 2/3rds majority could carry the Senate Trial on the House Impeachment charge, which required a minimum total of 67 Guilty votes, therefore, the latest Impeachment of Donald J. Trump fell short, and it lost in part due to a technical glitch.

After the vote was announced, current Republican Minority Leader, Senator Mitch McConnell (pic-left) who was among those voting Not Guilty, explained that, although he felt the House Prosecution Management Team proved that the 45th President of the United States was indeed guilty of inciting the riot in the Capitol Building on January 6, 2021, a technical matter in how the Impeachment document was worded prevented him from voting on the Guilty side.

McConnell claims, even though the House Team proved Trump’s activity that prompted the House Impeachment charge took place during Trump’s active days still in office, and the Impeachment Charge was voted by the House while Trump was still in office, the Senate portion of the proceedings did not take place until after Trump had already left office, January 20, 2021, when Joe Biden was sworn in as his successor. Therefore, according to McConnell’s thinking, it would be improper to be a party to voting Guilty (Yay) so he voted “Nay”, or Not Guilty, on the question.

The current President of the United States, Joseph R. Biden, Jr., succeeded Trump in the November 3, 2020 election and is shown being sworn into office in the January 20, 2021 ceremony in front of the Capitol Building in Washington, D.C. (pic-left). Biden’s wife, New First Lady Dr. Jill Biden, is seen holding the bible upon which Biden placed his hand during the swearing-in ceremony administered by U.S. Supreme Court Chief Justice Roberts

Mitch McConnell blames House Speaker Nancy Pelosi for the delay in holding the Senate Trial on the Impeachment after Trump was already out of the White House Oval Office. However, Pelosi claims the Senate was in recess at the time the House passed the Impeachment for Inciting the Insurrection, and McConnell, then the Republican Senate Majority Leader, would not call Senators back into session to receive the Impeachment article in a timely manner and schedule and hold the Senate trial before the end of Trump’s term.

McConnell’s reasoning indicates the Impeachment Document’s wording calls for removing Trump from the office of the Presidency if he is found guilty of the charge, and, because Trump’s term expired before the Senate Trial took place, the voting Yay or Nay on the Impeachment question put to the Senate at the end of the trial, was in effect, moot, because Trump is no longer President of the United States, but a private citizen again.

It is not known exactly what the reasons were that the other Republican U.S. Senators voted “Nay” (for Acquitting Trump), some of which may have been due to following McConnell’s lead, or to individual political selfishness and/or political protection for the party, or misplaced loyalty to Trump. However, the end result is that the former president of the United States of America escaped being officially found Guilty by a necessary 2/3rds vote of the Senate body under Impeachment requirements. Therefore the Impeachment punishment trial phase of the case against Donald J. Trump failed by a U.S. Senate vote of 57 Aye to 43 Nay on the question.

Meanwhile, even if the 45th President of the United States, Donald J. Trump, is no longer in office, McConnell suggested he can still, as a private citizen be tried for his wrong-doing done while he was in office. Something, which has been pointed out, has yet to be attempted on previous presidents after being in office. Will that be the next chapter in the continuing, seemingly endless Trump Saga?