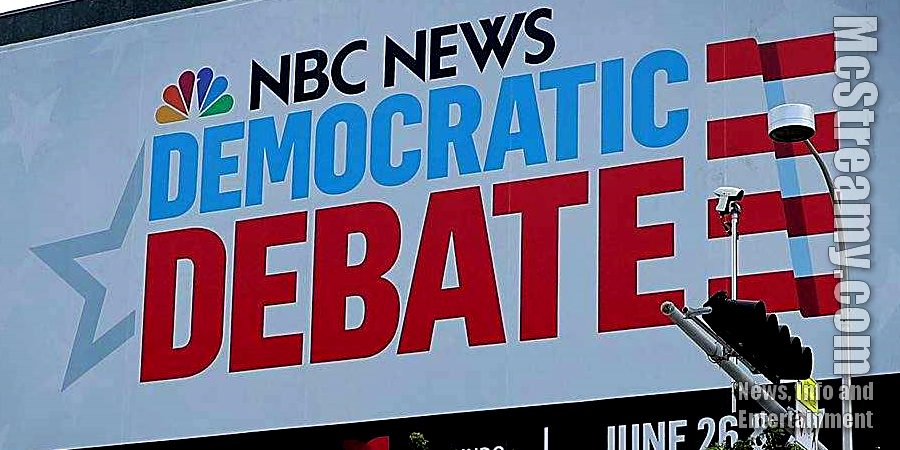 McStreamy.com – Who will end up being the 2020 Presidential Candidate to have an opportunity to unseat the Republican’s Donald J. Trump from his perch in the White House? There are currently twenty hopefuls in the Democrats’ Presidential Primary. The first debates among the candidates has been divided up into ten for each of two nights , June 26th and 27th, 2019. The first night proved to be more interesting than many past Presidential Primary debates. The second night, with the other half of the candidates, will likely find the other candidates clamoring for the attention, grabbed by the first crop during the first night.

Wondering what reporters and commentators are saying and writing about the candidates and their performances in the televised debates? Check it out in TheTopNews gathered at our sister website, USWebDaily.com, featuring vetted, quality news sources from other, reputable, professional news operations.