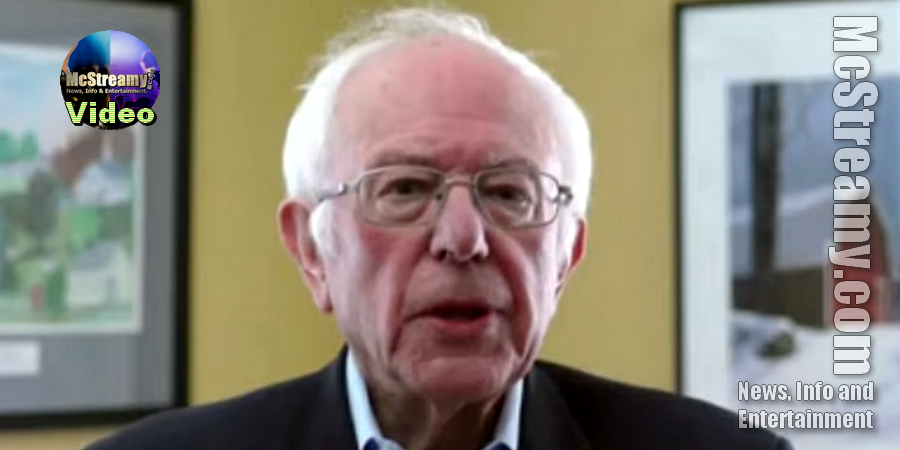 McStreamy.com – BERNIE SANDERS IS DROPPING OUT of his Democratic Party campaign, acknowledging he has mathematically gone as far as possible in the race to win the nomination to run against President Trump. Sanders says Biden is a “decent man”, but Sanders says his name will still be on Primary ballots and suggests his supporters should continue to vote for him so he can gather more delegates and be more persuasive in molding the party’s platform, but he plans to help Biden defeat Trump in November, 2020, and encourages everyone to help make that happen.

Sanders said, “Together, standing united, we will go forward to defeat Donald Trump, the most dangerous president in modern American history, and we will fight to elect strong progressives at every level of government, from Congress to the school board.” In announcing his campaign suspension, he thanked the Bernie campaign workers and those who have voted for him, as seen in the accompanying video.

Bernie Sanders added, he ” ran for the presidency because I thought as president I could accelerate and institutionalize the progressive changes we are all building together”. He says “that fight will continue” and one day he expects the effort will become successful. – McStreamy News

FIND WHAT THEY’RE WRITING about the Bernie Sanders development at our sister website, TheTopNews.net, the home of 12 Categories of Searchable Real News from 140 Reputable News Outlets on the Internet.