Stevie Nicks and Other Music Greats Were Born in May 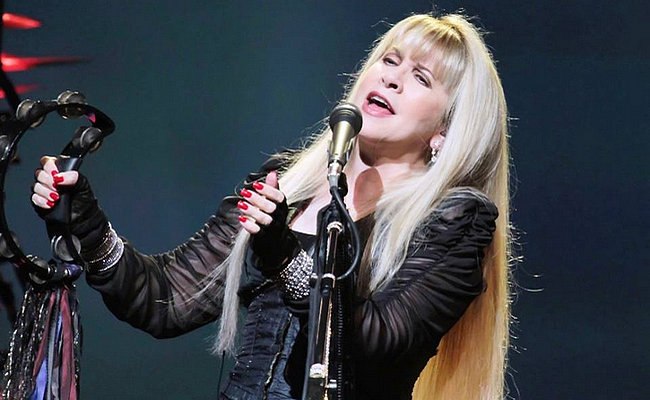 McSTREAMY.COM (05/26/2015) – Many great singers and musicians were born during the month of May, including Stevie Nicks, Peggy Lee, and the list goes on. You can hear all of the best from the golden years of music radio from the 1950s through 1999 in the mix at GreatGold.fm Internet Radio. During month of May, music artists born in May, or the bands they played in, receive Extra Plays in the GreatGold online stream.

Stevie Nicks (pictured above), born May 26, 1948, was a superb part of Fleetwood Mac before branching out to become a strong solo artist. She went on to record a number of popular songs on her own, and performing outstanding duets with people like Don Henley and Tom Petty. She has also rejoined Fleetwood Mac from time to time in her career on recordings and on the road during concerts. There are many fans who have enjoyed her stylistic voice and appearance on stage, photos, TV and videos over the years, with songs like, “Stand Back”, “Leather and Lace”, “Stop Dragging My Heart Around”, etc.

We have the complete rundown of May born musical artists, singers and musicians, who are on the GreatGold playlist, but, before we list everybody, we need to say a few words about Peggy Lee. 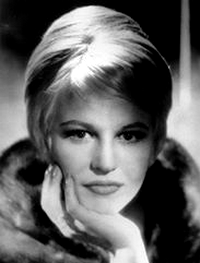 Some of us who came to know the work of Peggy Lee first knew about her through the 1955 motion picture called “Lady And The Tramp”. We found out in a documentary style program on the Wonderful World of Disney on TV. It was all about the behind the scenes type of report that showed how the movie was made. One of the highlights showed the part Peggy Lee had in creating and peforming on the music soundtrack for the animated movie. She sang some of the songs in the movie, including, the standout, “He’s A Tramp”. Her vocal style helped make the movie more memorable than it would have been otherwise.

Curious, as a youngster, this writer had to find out more about Peggy Lee’s smouldering voice, creativity, and professionalism. We learned Peggy Lee was born on May 26, 1920, and started her music career in the 1940s. Some of us born during the 2nd World War, probably bounced in their cribs to her music playing on the radio. She passed away much later, in 2002, but, not before recording songs like, “Is That All There Is”, “Fever”, “Why Don’t You Do Right”, “It’s A Good Day”, and many more. Peggy Lee came out of the Big Band era and continued as a solo artist for 60 years or so. She went on to become one of music’s great forces as a unique song stylist, recording artist and performer.

Here is a list of other May born singers and band members on the playlist at GreatGold.fm Internet Oldies Radio:

MORE STARS GETTING EXTRA PLAYS DURING THEIR BIRTHDAY MONTH: JOHNNY MAESTRO; RONALD ISLEY of the Isley Brothers; LEO SAYER; DAVID WALKER of Gary Lewis and Playboys; ERIC BURDON and HILTON VALENTINE of The Animals; LES CHADWICK of Gerry and The Pacemakers; WILLIAM WALLACE of the Guess Who; PERRY COMO; BIG JOE TURNER; WILLIE PARNELL of Archie Bell and the Drells;

The internet radio station known as GreatGold Classic Hit Oldies streams all of the above singers, bands and musicians for internet listeners around the world. During May, those born in May get Extra Plays.

GreatGold.fm Internet Radio plays a mix of Classic Rock and The Best Oldies from 1950s through 1999.