Fanny: This 1970s All Girl Band Could Really Rock! 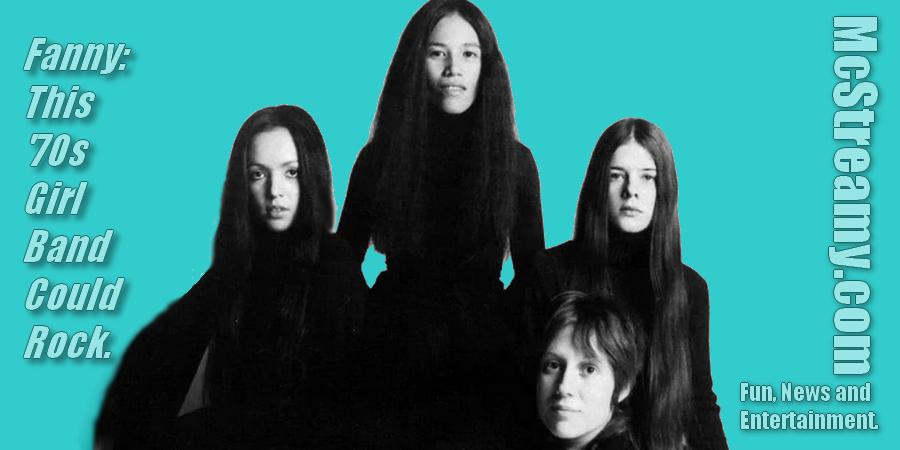 During the course of their career during the 1970s, the group performed on several television programs, including The Sonny and Cher Show, American Bandstand, and Beat Club. This is an unedited video of a session on French TV from 1971, published on YouTube by FannyRocks.com, February 4, 2012.

This 10 minute video includes live versions of “Badge” from their first album, and an additional song.

Some of the best rock and roll music by Fanny is scheduled to be added soon to the Classic Rock and Pop Oldies audio music library at http://GreatGold.fm Internet Radio.

Author and screenwriter Jessica Hagedorn has been commissioned by Two River Theater in Red Bank, NJ to write Play Like A Girl: The Amazing Life And Times Of A Band Named Fanny, an original musical about the first all-female rock band to be signed to a major label.

FOR MORE ABOUT FANNY, see FannyRocks.com.

See VIDEO SPECIALS for other Videos and information.