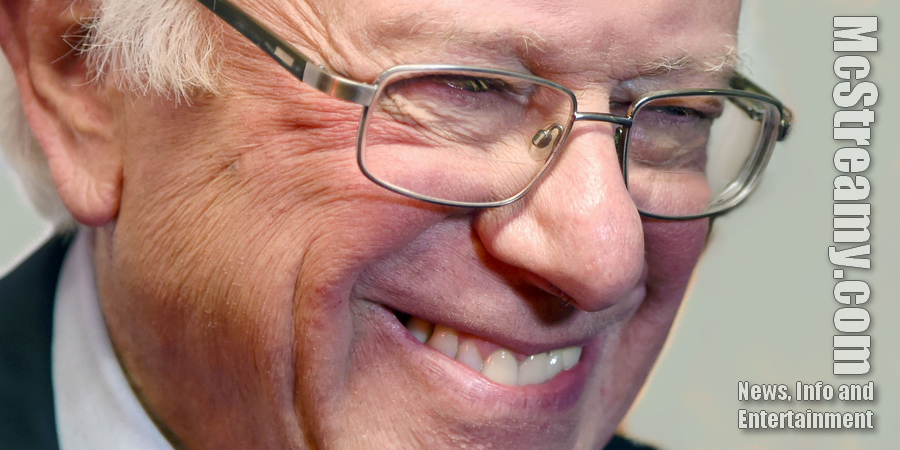 2-23-20 Update at 10:50 Pm: As the Nevada Democratic Party Presidential Primary counting continued the results have remained close to the same throughout with Bernie Sanders still in the lead with nearly 48 percent, followed by Joe Biden second at 21 percent, Pete Buttigieg third at close to 14 percent, Elizabeth Warren number 4 at almost 10 percent, and Tom Steyer rounding out the top 5 at 4.65 percent. Minnesota U.S. Senator Amy Klobuchar dropped to number 6, losing ground in the tally at less than 4 percent as the hours keep ticking by in the tabulation in Nevada.

Earlier, U.S. Senator Bernie Sanders was happy to hear the news of his apparent win by an expected big margin in the Democratic Party Nevada Caucus in the 2020 race to win the nomination to run to have the honor of possibly occupying the White House after the November 2020 Presidental Election. With approximately 50 percent of the votes counted by midnight February 22nd, Sanders had nearly 47 percent of the total votes, compared to over 19 percent for Joe Biden, 15.4 percent for Pete Buttigieg, 10.3 percent for Elizabeth Warren, and 4.5 percent to Amy Klobuchar. As a result of the perceived win, the candidates look toward the next Democratic Party primary process test coming up in South Carolina, Saturday. The South Carolina primary will be followed by primaries in 14 states all on one day, called Super Tuesday, March 3rd, 2020.

Nevada Democrats made history as the first and only caucus state to include in-person early voting this election cycle to accommodate those unable to attend on Caucus Day. The Nevada Democratic Party announced that there were more than 10,000 Nevadans newly registered to vote as Democrats to participate during the historic four-day early voting period. The Party indicates the addition of the newly registered Democrats places known registered Republicans in third place behind the second-place Independent and non-partisan block of Nevadans.

According to numbers provided by the Nevada Democratic Party, (1) Roughly 105,000 Nevadans total participated in their precinct caucus; (2) Nearly 75,000 turned out during the historic four days of in-person early voting; (3) 30,000 turned out on Caucus Day; (4) Total turnout was more than 21,000 higher than in 2016; (5) 35% of Nevadans who caucused were non-white according to entrance polls; (6) A majority of Nevadans who caucused were first-time caucus-goers. – McStreamy NewsBriefs