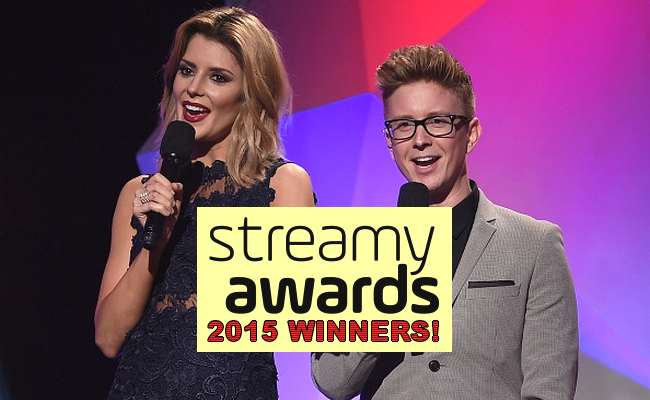 McSTREAMY.COM (09/29/2015) – Grace Helbig and Tyler Oakley were on screen hosts of the 5th annual Streamy Awards Show on VH-1, September 17, 2015. Streamys are given to people who have created outstanding video content for internet surfers to view, share, and subscribe to during the past year. There are a number of interesting, unusual, unique, and worthy projects available and nominated. However, in the Award game, only the winners get to take home the trophies. Here is the winners list, plus a few notable video examples of their work.

AWARDS FOR CHANNELS, SERIES, OR SHOWS

To see four additional video samples of some of the episodes of internet shows that won Streamy Awards, go to Streamy Award Winners Page Two.