Small Internet Radio Stations May Be In Tough Trouble 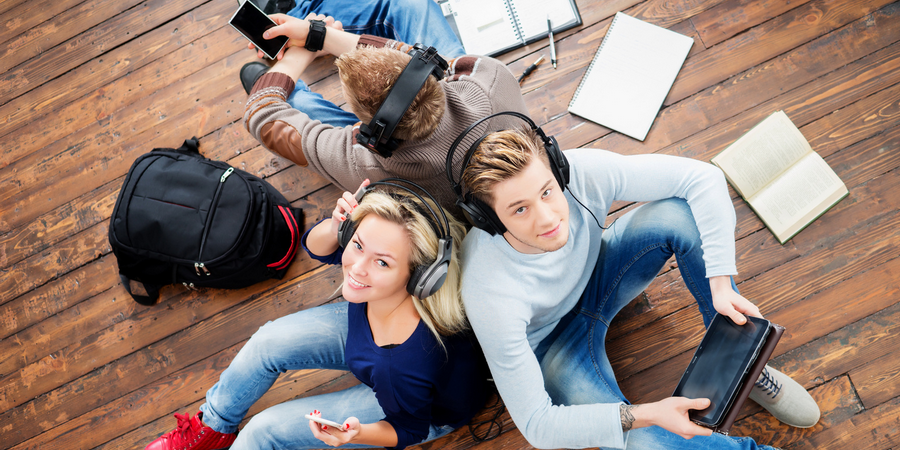 McSTREAMY.COM (01/22/2016) – Most of the internet radio stations that you and I have access to on our smartphones, tablets, laptops and computers, come to us courtesy of small webcasters, operating on a small budget, often augmented out of their own, personal pocketbooks. Many of them are young deejay wannabees, some are retired ex-broadcasters, others are former military men and women, and so on. The prospect of increased costs in the form of fees for the music they legally play over the internet may be a problem for many of them.

Some of these microcasters have relatively small audiences, compared to the bigger internet stream players, but, they have loyal listeners, who prefer to hear what they hear on their chosen station. These small webcasters often provide the only exposure some established artists and many new and/or independent recording artists have, thus furthering the careers of their budding talents. So, losing many of the small internet radio outlets due to increased costs to play the music would also curb that important exposure, considerably.

If you are like many people, young, old, and in-between, who enjoy listening to music streamed on the internet, instead of a local over the air, broadcast radio station, perhaps because you like the internet radio station’s music mix better, or their much longer playlists, or, the variety, or for whatever reason, that may no longer be an option soon. There is a very real possibility that small, hobbyist class, microcasters, operating internet radio stations, could disappear completely if music royalty rates become impossible to continue operation.

The existing digital music royalty arrangement expired, Dec. 31, 2015. Many, legal, small webcasters are still operating, under temporary arrangements, but, some are beginning to stop operation, and still others are planning to do so, if current industry negotiations and wrangling don’t make it fiscally, sensible, to continue. Your free music on your favorite internet-only, free, radio station, may not be there the next time you want to listen to it.

Even though small, microcasters, already pay fees per every song, per every listener, to legally play music recordings for the enjoyment of listeners through desktop computers, laptops, tablets, and mobile phones, those rates may become too high, now that the initial digital music rates have expired. When that happens even more small microcasters on the web will close up shop. That would mean fewer and fewer places to access and hear your favorite music tunes and music artists.

If you listen to “free” music through one of these small internet radio stations now (in terms of quantity of listeners), YOU are listening free, but, the internet radio stations, complying with legal requirements, are actually paying royalties for every song you hear, already. Most of the small hobbyists are paying out of their own pockets so you can continue to enjoy your favorite tunes. In other words, the music is NOT “free” to an internet station complying with legal, government, regulations. They are providing the music to you and other listeners out of the goodwill inside their hearts, and, paying for the legal right to share the music to you.

However, if the Digital Millennium Copyright Act (DMCA) requirements affecting small webcasters aren’t extended, or, the fee schedule is adversely adjusted upward, that income source for the music chain will dry up. Most of these microcasters on the internet will have to cease operation. Most of them are already over-extended in the financial operation of their small stations, the way it is, and, has been, under the fee schedule existing before the expiration of the old legal digital music requirements.

Many small internet stations are paying music fees through a middleman such as StreamLicensing.com. It has been a necessity to do so, since the current DMCA went into affect, if the station wants to operate legally. Many of them have been, and continue to operate legally, even though their fee rate has not settled down since the expiration of the CWA (Webcaster Settlement Act) at the end of 2015. The middleman must pay a Music fee to an agency set up to act as a clearing house for the fees. Then, in turn, the middleman, charges the small, individual internet station a fee, based on what that middleman must legally pay in order to offer the blanket license to the small microcasters.

Now that the old arrangement has expired, it is necessary for the middleman to re-negotiate a reasonable rate. That rate is then passed on to the small microcasters (internet radio stations). Many of the microcasters won’t be able to continue, because very few of them make enough income off of the station to even pay the old digital music fees they had to pay prior to expiration of the old arrangement, let alone any fee increases that might be coming.

If a satisfactory conclusion does not come from the negotiations in progress, we repeat, don’t be surprised if your favorite internet station is no longer there when you want to listen at a website, on your favorite Mobile App, or computer software player, next time.

You can actively do something to help resolve this issue. Let your Congressional Representative and U.S. Senator know you want small webcasters (sometimes referred to as microcasters), streaming radio stations (often hobby stations) to be treated fairly, so they can continue to afford to provide the music you enjoy listening to on your computer, smartphone and other mobile devices. At the very least, Congress should reinstate the Webcaster Settlement Act provisions for small internet stations left out of the current rules.