McSTREAMY.COM (08/27/2015) – There is now a new APP, LifePath iBoard, that can be viewed in any web browser, and/or, downloaded free from the Apple and Google Play Stores. It has a public publishing feature that will allow them “to organize, preserve and share what matters” in their own LifePaths and deliver them digitally and more efficiently to many thousands of people with a single click on a computer.

“This new feature allows LifePaths to be created and made available to the general public with a unique URL,” says Christopher T. Gentile, the CEO/Founder of iBoard Incorporated, who are the creators and developers of this exciting new digital application.

“A LifePath is the chronological history of the meaningful events and achievements in a person’s, or an organization’s life that can be recorded simply with just a title and date, or in greater detail with a full description and story of the event, and/or supported by photos and videos,” Gentile explains.

The LifePath iBoard was developed as a cutting edge app with highest standards for excellence, and the Public Publishing feature is the first step in that direction. During the next 18 months leading up to the Presidential election in 2016, Gentile predicts the LifePath iBoard will become a major marketing tool for political candidates running for President as it allows candidates to post LifePaths depicting events from their life history that will truly connect voters and donors to these candidates. 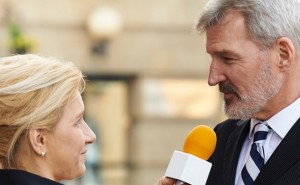 This illustration depicts a generic candidate in a typical campaign situation. He could direct people to his LifePath public account for more info, etc.

The LifePath content that is created, can be easily edited and automatically updated on a regular basis. It is also a cost efficient method of reaching large numbers of voters and donors with real time content that maintain the candidates’ connection to voters and donors. All the content can be continuously updated and controlled by multiple authors on the candidate’s own staff.

Each LifePath can include sharable Albums, which are created by the LifePath author(s) by selecting some or all of the events from an existing LifePath, and then can be privately and/or publicly shared. Multiple Albums can be created within a single LifePath. Private sharing allows the author(s) of a LifePath to invite one or more people with whom to share a LifePath Album, and those people will receive private invitation email with an acceptance link. Once the link is used, it will be deactivated, which secures the privacy of these LifePath Albums.

Public Sharing allows author(s) of a LifePath to purchase a unique web link that will fully display the shared LifePath Album to the general public. The Public Shared LifePath Album web links can be distributed throughout the Internet through emails, TV ads, magazine ads, websites, Facebook, Twitter and all other social media methods. And political candidates, for example, would be wise to share their LifePath Albums with the general public since it is an easy and affordable way to reach their target audiences – the voters! 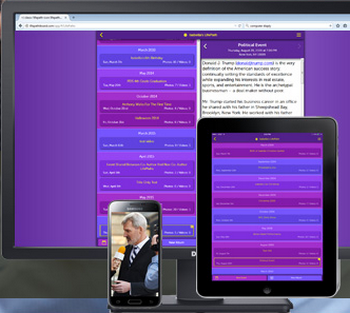 This is an example of what internet visitors see when they first go to a candidate’s LifePath account for information about the candidate. It can be made public or private.

Christopher Gentile has managed research and development of new technologies, toy products, theme parks, computer-input devices, video games, 3D web graphics technology, and virtual reality systems, along with these products’ consumer launches and marketing campaigns for the past 34 years. His responsibilities have ranged from basic technology development to management of products from conception through management of a public technology company. His publicly shared Career LifePath Album can be viewed at http://publiclifepath.com/cgentile.

The LifePath iBoard App is free and can be downloaded by the general public in the Apple Store as well as in the Google Play Store. In addition, the official web site for LifePath iBoard is now up and running.