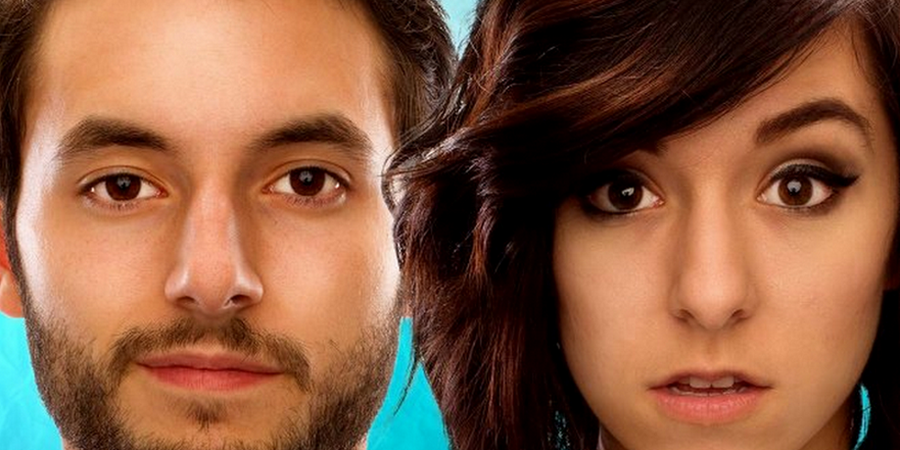 McSTREAMY.COM (08/27/2016) – Singer Christina Grimmie’s new, and only known movie in which she appeared before her untimely death, will be in select theaters October 7th. Grimmie plays Emily Atkins in The Matchbreaker. The movie is not about Grimmie’s real life. It is a romantic comedy-drama full of lighthearted moments. Grimmie filmed the motion picture prior to her sudden demise at the age of 22. The singer-songwriter-actress was shot and killed at a fan meet and greet following a singing performance at the Plaza Live Theater in Orlando, Florida, Friday, June 10, 2016. The movie also stars Wesley Elder (left in the photo).

Elder plays an idealistic romantic who gets fired from his day job. He is offered a “one-time gig” to break up a girl’s relationship for her disapproving parents. This “one-time” gig spreads through word-of-mouth and he ends up becoming a professional match-breaker. However, Elder’s character ends up falling for one of his clients and must figure out how to balance his secret job with his love-life.

Christina Grimmie plays Emily Atkins in The Matchbreaker. The movie is not about Grimmie’s real life. It is a romantic comedy-drama full of lighthearted moments. The motion picture displays Grimmie’s singing and acting abilities on screen in a role that only she was destined to play. The Matchbreaker is being released to theaters four months after the young actress was sadly laid to rest. 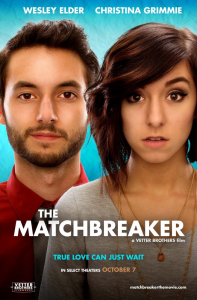 Many viewers of The Voice and YouTubers know Christina Grimmie was not only an amazing singer and musician, she also wrote many of the songs she had been recording in the latter part of her relatively short career.

When Grimmie died from the tragic wounds, the world lost someone whose videos of her original songs and cover songs (her versions of hit music by pop artists) were enjoyed by millions.

Police say, Christina’s brother, Marcus, was at her side at the time the man shot his sister. Her brother immediately tackled the man and while the two of them struggled, the shooter reportedly shot himself and died.

Orlando Police Chief John Mina confirmed the shooter, Kevin James Loibl, 27, had a hunting knife, two loaded magazines and two handguns in his possession when he approached and killed Grimmie at The Plaza Live concert in Orlando, Florida.

In addition to being a vocal talent and composer, Grimmie was trying to become an accomplished motion picture actress to add to her multi-faceted career. The Matchbreaker is, unfortunately, the first, and the only known motion picture to feature her winning personality.