Rap Group NWA To Take Its Place Among Rock Superstars 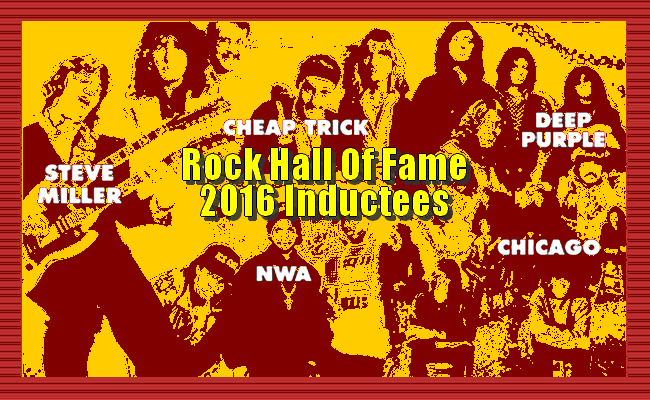 McSTREAMY.COM (12/17/2015) – The Rap group, NWA, will take it’s place along side Rock Superstars when the latest crop of Rock and Roll Hall of Fame Inductees are inducted in the Spring of 2016. The Rock and Roll Hall of Fame, Cleveland, Ohio, USA, has announced that the great Deep Purple, Cheap Trick, Chicago, Steve Miller, and NWA, will be inducted into the RockHall at the New York ceremony. The giant music acts were the top 5 vote getters and beat all other nominees for the esteemed honor. Fan votes were open until December 8, 2015 and were combined with those of music peers and voting members . The winners were announced December 16, 2015.

The way the voting process is set up by Rock and Roll Hall of Fame and Museum officials the fan votes hold a relatively tiny place in the final balloting. Based on the final fan vote totals, The Cars rock group was more popular, by far, in the rock fan voting than the Rap group, NWA, among the nominees. One thing can be sure, many Rock and Roll fans can agree with most bands on the list of announced winners. 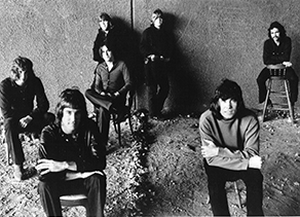 CHICAGO (number 1 in fan votes): Fusing jazz and rock together in a time when the Beatles were still crashing onto the American shores and psychedelic rock was taking over the basements of teenagers, Chicago Transit Authority broke onto the scene in 1969 with their self-titled double album. A brazen mix of soulful rock, pop and jazz coupled with protester’s chants from the 1968 Chicago Democratic Convention; the album received critical acclaim and later produced the classic singles “Does Anybody Really Know What Time It Is?” and “Beginnings.” Later, they shortened their name to Chicago.

Artists are eligible for consideration for this music industry honor 25 years after the release of their first record. 2016’s inductees were determined by a combination of the hall of fame’s foundation, consisting of international artists, historians and other industry players, and online fan voters. 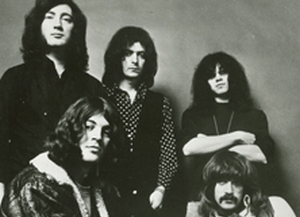 DEEP PURPLE (number 4 among fan voting): If there were a “Mount Rushmore Of Hard Rock” it would only have three heads: Led Zeppelin, Black Sabbath and Deep Purple. They are the Holy Trinity of hard rock and metal bands. Deep Purple combined outstanding musicianship with dozens of FM radio smashes. Three separate incarnations of the band have made spectacular albums culminating with Deep Purple In Rock, which along with Led Zeppelin II and Black Sabbath’s Paranoid created the genre of hard rock music.

Deep Purple has sold over 100 million albums and their flagship track “Smoke On The Water” eclipses “Satisfaction,” “Born To Run” and “Smells Like Teen Spirit” as the Number One Greatest Guitar Riff Of All Time. It is the riff that inspired tens of millions of guitarists to pick up the instrument and only Beethoven’s Fifth Symphony gives it a run for the money as far as recognizability and badassed-ness. 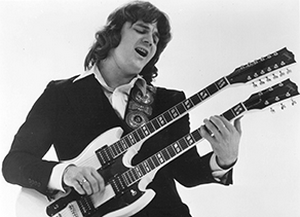 STEVE MILLER (number 5 in online fan votes) was a mainstay of the San Francisco music scene that upended American culture in the late 60s. With albums like Children Of The Future, Sailor and Brave New World, Miller perfected a psychedelic blues sound that drew on the deepest sources of American roots music and simultaneously articulated a compelling vision of what music could be in the years to come. Then, in the 70s, Miller crafted a brand of pure pop that was polished, exciting and irresistible, and that dominated radio in a way that few artists have ever managed.

The five 2016 inductees will be celebrated at the annual Rock and Roll Hall of Fame induction ceremony on April 8 at New York City’s Barclays Center.  Tickets for the event go on sale in February, while a select number of pre-sale tickets will be available exclusively to hall of fame members.  A television broadcast of the ceremony will be aired on HBO in the spring of 2016. 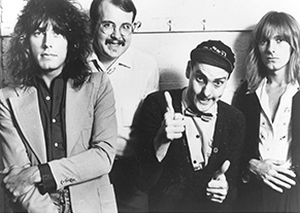 CHEAP TRICK (number 7 in online fan votes) had perfected an extremely individual yet classic rock and roll band sound by the time it released its first album in 1977. It has never changed it much. It didn’t need to. Cheap Trick’s records and concerts display a singular musical consistency over almost 40 years. Remaining interesting, sometimes hilarious, in that way is also pretty much unparalleled – and indispensable to understanding them. Cheap Trick is led by Rick Nielsen’s classic and perpetually fresh guitar and the sweet power of Robin Zander’s vocals.

The band of gifted wordsmiths who found their way into the top five nominated inductees to the Rock and Roll Hall of Fame this year, N.W.A., is a controversial choice in more ways than one. The group known as NWA, first of all, chose to refer to themselves as Niggerz With Attitude, which has been shortened to just N.W.A., sometimes referred to as NWA, because the original full name includes a variation of the “N Word”, which is highly charged, due to it being a reference to a word that became politically incorrect. The “N” word, to many, carries a perception of negativity about the Black Experience, History and Culture. It’s use by some, reflects outdated bigotry and prejudice, while, used by others, it acts as a badge of courage, pride, camaraderie and exclusiveness. Still others, consider it’s use, debasing, divisive, disrespectful, hate based rhetoric. 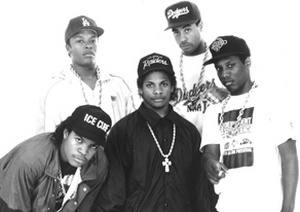 NWA (number 12 in votes by online fan votes) experienced an improbable rise from marginalized outsiders to the most controversial and complicated voices of their generation. Their story remains one of the most explosive, relevant and challenging of tales. From their Compton, California, headquarters, Eazy-E, Dr. Dre, Ice Cube, MC Ren and DJ Yella would, by force of will and unrelenting tales of street life, sell tens of millions of records, influence multiple generations the world over and extend artistic middle fingers to the societal barriers of geography, respectability, caste, authority and whatever else happened to get in their way.

Although NWA’s story is compelling, some Rock Fans have difficulty accepting NWA as a group deserving of being in the “Rock and Roll Hall of Fame”, because a large percentage of their tunes are not traditional Rock, nor, true R&B, a component of rock, nor melodic in nature. They, instead, are spoken word poems set to a strong, steady beat, sometimes using “samples” of other performers musical works, incorporated into the completed new creation, as in “Express Yourself”. It’s even hard to call their work, true Pop, or Pop Rock, because they, essentially, perform Rap, which is unquestionably, ultimately, in a class of its own. Though NWA was highly influential in creating a huge number of similar acts that followed them, what NWA built was a Rap career based on rough, graphic language with vulgarisms, gratuitous swear words, references to sexual slang and situations involving violence, anger, drugs, crime, intimidation, and anti-police sentiments.

Many “Rock” enthusiasts believe NWA’s contribution to the music world was unique and important to the Rap Genre, but, they also feel, perhaps NWA should not have been included in the list of Rock and Roll nominees. Even though the resulting popularity of Rap came to influence some Rock songwriters, performers, producers and recording labels, it was a stretch to include what is essentially an outstanding Rap and Hip Hop leader, as a candidate for the “Rock and Roll” Hall of Fame. However, NWA attained enough support to finally make it into the Top 5 this year, after their third annual nomination. As a result, NWA will go down in history, in what is another controversial part of their careers, when they are inducted into the Rock and Roll Hall of Fame and Museum, Cleveland, Ohio, USA, taking their place among true Rock and Roll superstars, Chicago, Deep Purple, Cheap Trick, and Steve Miller.