You Are The Missing Ingredient to Bring USA Back Better 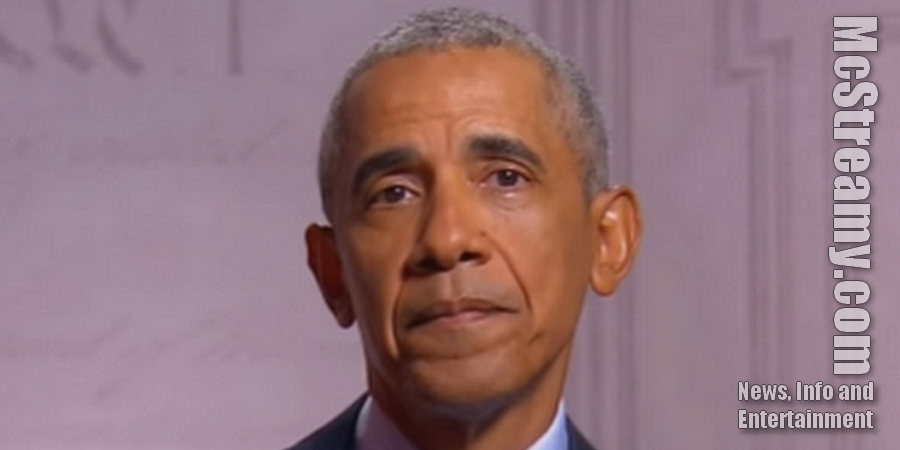 McStreamy News – Former President Barack Obama (pic-above) advised Democratic National Party Convention viewers Wednesday, August 20, 2020, that the Democrats have nearly all of the necessary ingredients needed to take the United States back to the kind of country most of us were proud of before Donald Trump took over the White House in the 2016 election. In his televised comments from Philidelphia, Obama suggested electing his former Vice President Joe Biden to the position of President of the USA and Senator Kamala Harris as Vice President would be a great start to begin erasing the disastrous, harmful policies of the Trump administration, and restore a more positive, normal expectancy from the presidency by the majority of citizens in this country and the world.

The man who Trump succeeded in the White House said he had hoped Trump would grow into the job. But Trump did not. “For close to four years now,” Obama said, “he’s shown no interest in putting in the work; no interest in finding common ground; no interest in using the awesome power of his office to help anyone but himself and his friends; no interest in treating the presidency as anything but one more reality show that he can use to get the attention he craves.”

Obama indicated everything is gearing up for a successful 2020 election in November which could set the stage for happy days to follow again, but, it won’t just happen if people don’t make it happen with their right to vote. The former president and Constitutional scholar counseled viewers they are “the missing ingredient” necessary to move the direction of United States policies and principles pointed in the correct direction again.

Former Secretary of State Hillary Clinton chimed in during earlier comments before Obama’s heart to heart talk. Hillary Clinton said, “Don’t let this be another woulda-coulda-shoulda election”, like the one where she was almost elected, but lost to Donald Trump by the electoral vote process, even though she actually had three million more popular votes than Trump did, which resulted in the last four years of misinformation, lies, poor decisions and bad policies coming from the Trump oval office on a daily and sometimes hourly basis.

Find out more about the Democratic National Convention on our sister website for TheTopNews. See WHAT THEY’RE WRITING ABOUT THE DEMS CONVENTION.