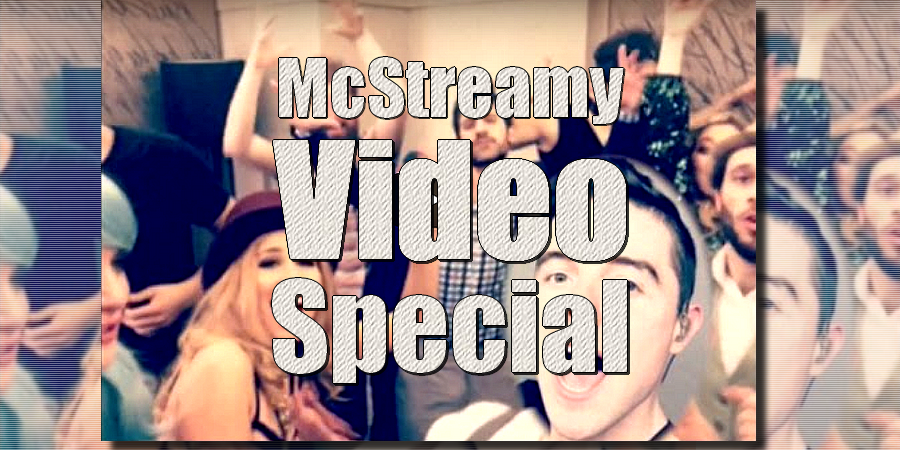 This video, “Faith” by the PMJ U.K. Tour Cast, has been described as a “silly backstage version” video mix of the Stevie Wonder song, “Faith”, from the SING animated film soundtrack. The song style is reminiscent of the “Faith” single recording from the “Faith” album by George Michael, hugely popular in 1987. Though similar to the Michael song, Wonder’s rendition from “Sing” has largely different lyrics with an alternate story line. This 2017 video is by “some incredibly talented people” who have been part of the PMJ U.K. Tour Cast: Casey Abrams, Rayvon Owen, Brielle Von Hugel, Aubrey Logan, Ariana Savalas, Cristina Gatti, Haley Reinhart, Scott Bradlee, Alex MacDonald, Matt “Rook” Telford, Braverijah Sage, and Steve Whipple. – McStreamy.com

Below is the 1987 U.S. Hit Version of “Faith” by George Michael. Notice, the lyrics tell quite a different story. George Michael is the only name listed as songwriter. “Faith”, from the album of the same name, became one of Michael’s most popular songs. The song was No. 1 on the Billboard Hot 100 in the US for four consecutive weeks. Faith, the album, was Michael’s first solo album following success as the lead singer of Wham!. Michael was born Georgios Kyriacos Panayiotou, June 25, 1963. He died December 25, 2016.

Next, here’s “Faith” from the “Sing” Original Motion Picture as sung by Stevie Wonder, featuring Ariana Grande. Several names are listed as songwriter, none of them George Michael. Ryan Tedder, Benny Blanco and Francis Farewell Starlite have been given writer credits of the Stevie Wonder and Ariana Grande version released as the first single from the 2016 “Sing” soundtrack, which was  nominated for Best Original Song at the 74th Golden Globe Awards. The soundtrack was released by Republic Records on December 9, 2016. The animated movie, Sing, was released December 21, 2016. Coincidently, George Michael died four days later.

See VIDEO SPECIALS for other Videos and information.