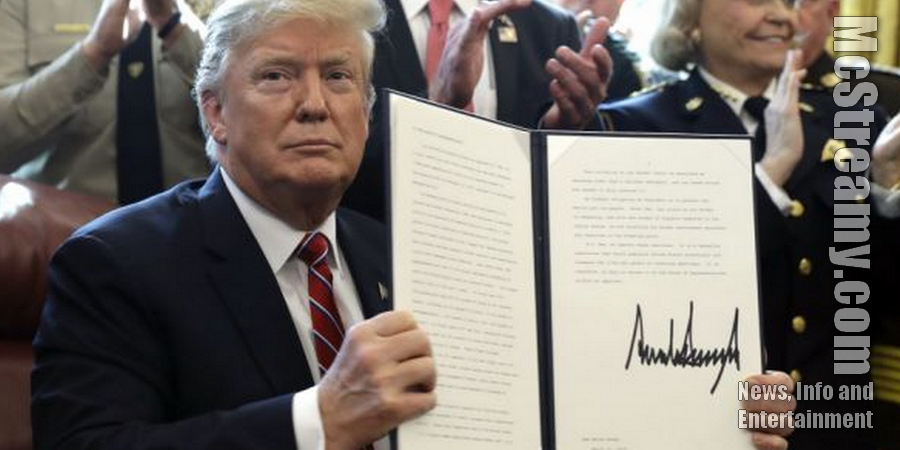 McStreamy.com – President Donald J. Trump, March 15, 2019, thumbs his nose at the United States Congress by vetoing it’s attempt to assert the Constitutional right of Congress to control the purse strings of money gathered from tax payers. This was Trump’s first veto of his presidency. It struck down a resolution that would have ended his earlier “national emergency” declaration that would divert money from various government programs without approval of Congress. The diverted funds would augment money to build a southern border wall against the wishes of Congress and the majority of USA residents in recent polls.

The veto comes on the heels of the United States Senate voting March 14th, by a 59 to 41 vote, to block Trump’s declaration that an emergency on the border with Mexico requires wall construction that he had promised in the 2016 election campaign. A dozen Republican Senators joined Democrats in voting yes to pass the resolution that originated in the House last month. The House vote was 245 (including 13 Republicans) to 182.

House Speaker Nancy Pelosi has announced a vote to override the Trump veto will occur on March 26. Pelosi noted, “House Republicans will have to choose between their partisan hypocrisy and their sacred oath to support and defend the Constitution.” She and the rest of the country are wondering whether Congressional Republicans will have the strength to uphold the separation of powers in the United States Constitution by overriding the veto. Overriding the president’s veto is  another Congressional power also provided in the Constitution. – McStreamy NewsBriefs