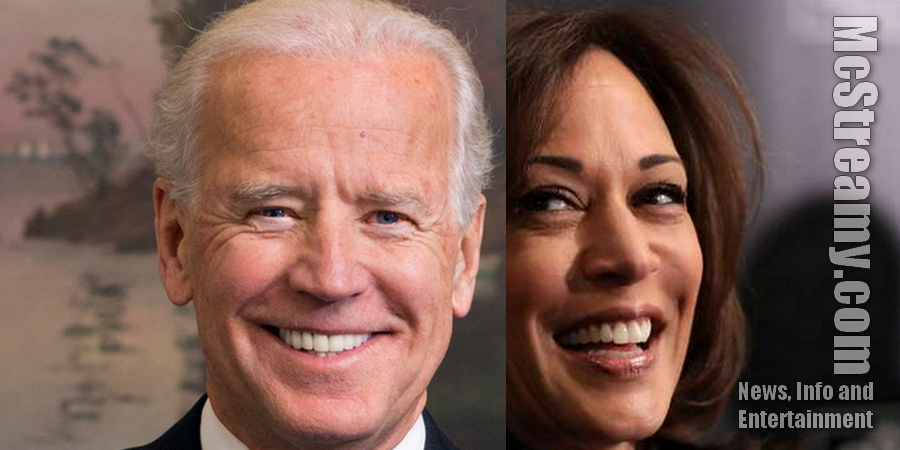 McStreamy.com – After several days of the world being captivated by the vote-counting process in the USA, the Associated Press and all major news media, including FOX News, Saturday, November 7, 2020,  have declared former Vice President Joe Biden the apparent winner of the 2020 Presidental Election. Democrat candidate Joe Biden (pic-left) and his Vice-Presidential running mate, U.S. Senator Kamala Harris (pic-right) are anxious to get to work governing as a team interested in representing the entire country in a non-partisan way, as opposed to the last four years of the Donald J. Trump administration, often evidenced by Trump’s policies, speeches, Tweets, and attitudes. 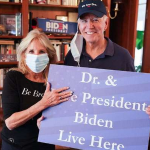 Trump’s favorite news channel, Fox News, declared Biden the apparent winner as other news media did after it became evident, mathematically, Trump did not have an avenue to overtake Biden in the race for Electoral Votes. President-Elect Biden reached 290 Electoral Votes after the Biden team mathematically won Arizona, Pennsylvania, and Nevada in addition to more than 254 Electoral Votes already gathered in the counting process.

Soon to be First Lady Jill Biden and her husband, President-Elect Joe Biden (pic-insert), are looking forward to moving into the White House as President and Mrs. Biden, once the current occupants, Melania Trump and her husband, Donald J. Trump, move out after Joe is sworn in on January 20, 2021.

President Trump’s campaign so far, at this writing, has not conceded and is planning on retaining the Oval Office after recounts take place. Logically, factually, after one-side wins at least 270 Electoral Votes by the number of states won, the other side cannot amass enough Electoral Votes to be declared the winner. However, Trump is alleging improprieties, including possible counts of illegal votes, may have taken place, and Trump expects to file lawsuits that he hopes, ultimately, might change the outcome.

FOR MORE STORIES being written on other websites and news sources, try our sister website, TheTopNews.Net from USWebDaily: Joe Biden and Kamala Harris Win White House.