Talk Show Host Regis Philbin Has Left The Stage at 88. 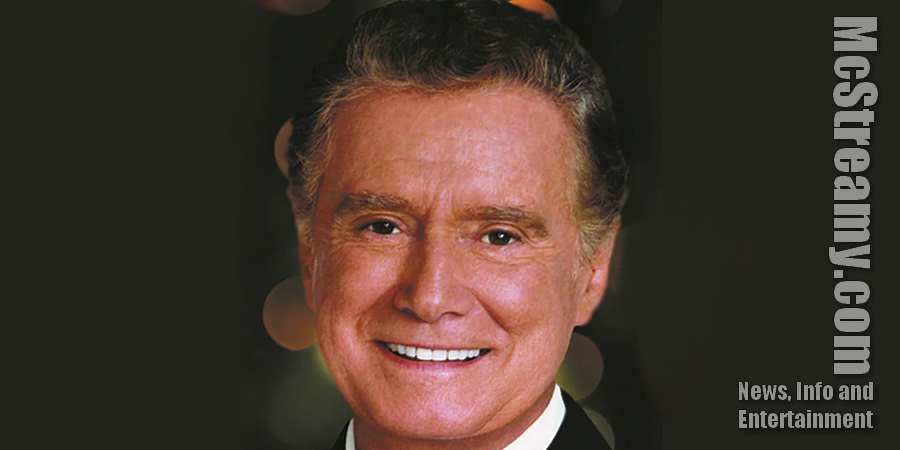 McStreamy.com – One of the most recognizable men on television for more than six decades, Regis Philbin (pic), has died at the age of 88. He passed away on July 24, 2020. Regis Philbin started out in show business as a page for The Tonight Show, starring Steve Allen, long before the famous Johnny Carson version. Regis was the star of local television in California, and was second banana to comedian Joey Bishop when Bishop tried to gain for ABC-TV the hugely successful NBC-TV Johnny Carson Tonight Show audience for a time.

Regis found his real niche when hosting a morning talk show later in his native New York. The show evolved into the famous Live with Regis Philbin and Kathie Lee Gifford with a national audience for many years before becoming Live with Regis Philbin and Kelly Ripa. After logging 16,000 hours in front of television cameras, Philbin retired from the daily rigors of live entertainment and information but instead showed up on various programs every once in a while when the urge brought him out of retirement for brief periods.

Regis was often a guest on Late Night with David Letterman on CBS-TV, where Philbin was sometimes the butt of jokes, but it was disguised reverence for the easy going, lively, likeable talk host talent Regis embodied during his monumentous career.

Find out more about Regis Philbin on our sister website for TheTopNews. See WHAT THEY’RE WRITING ABOUT REGIS PHILBIN