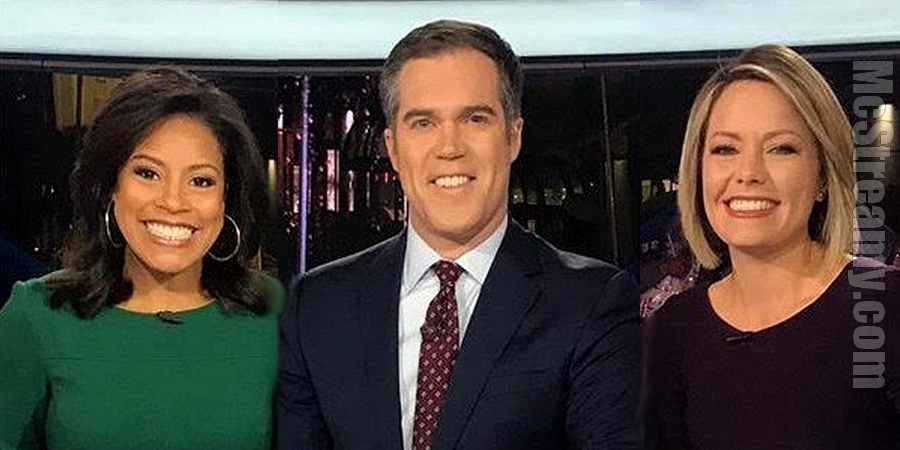 McStreamy.com – NBC’s Peter Alexander [pic-center] is the new co-host of the Saturday version of the Weekend Today Show, joining Dylan Dreyer (pic-right) and Sheinelle Jones (pic-left). Alexander, 42, will also continue his duties as White House Correspondent and occasional anchor during MSNBC’s cable news programming. Craig Melvin, the former co-anchor, was promoted in September to news anchor for Today. You may have seen Alexander’s work elsewhere on NBC news programs from time to time, including NBC Nightly News, Today, Meet the Press, Dateline NBC, as well as MSNBC.

Peter Alexander has been with NBC News since 2004. During his employment at NBC, he has covered numerous international stories, including Iraq’s historic election in 2005, the death of Osama bin Laden in Pakistan, the tsunami in Indonesia. Alexander has served as an NBC Sports host, and covered both the 2008 Beijing Olympic Games and the 2010 Winter Olympics. He has served as a White House Correspondent from 2012 to March 2014, covering the Presidency of Barack Obama, traveling across the world with the President. He returned to covering the White House in Washington, D.C. after the Oval Office became occupied by President Donald J. Trump. – McStreamy NewsBriefs