Memorial Day Weekend Is More Than A Holiday 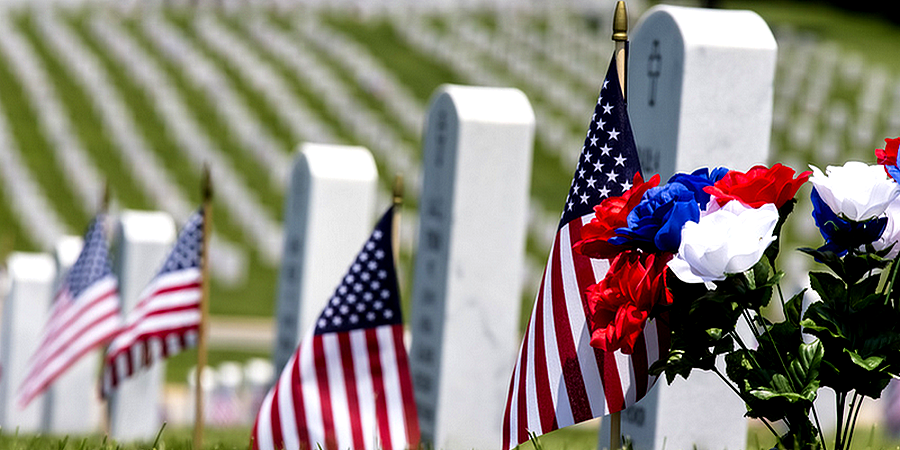 McSTREAMY.COM (05/28/2016) – Memorial Day weekend traditionally brings with it, congested highways, and long lines waiting to board planes at airports throughout the United States. In the minds of many, Memorial Day has become a long, fun, holiday for recreation, but, it is much more than that. Formerly known as Decoration Day, Memorial Day commemorates U.S. men and women who have died while in military service. 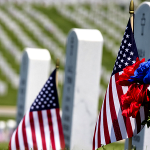 The Memorial Day we know today started at the end of the Civil War, when communities set aside a day to mark the end of the war or as a memorial to those who had died. History indicates the first memorial day was observed by formerly enslaved black people at the Washington Race Course (today the location of Hampton Park) in Charleston, South Carolina.

The race course had been used as a temporary Confederate prison camp for captured Union soldiers in 1865, as well as a mass grave for Union soldiers who died there. Immediately after the cessation of hostilities, formerly enslaved people exhumed the bodies from the mass grave and reinterred them properly with individual graves. They built a fence around the graveyard with an entry arch and declared it a Union graveyard. The work was completed in only ten days.

On May 1, 1865, the Charleston newspaper reported that a crowd of up to ten thousand, mainly black residents, including 2800 children, proceeded to the location for sermons, singing, and a picnic on the grounds, thereby creating the first Decoration Day.

The first observance was in Waterloo, New York on May 5, 1866. On May 5, 1868, in his capacity as commander-in-chief of the Grand Army of the Republic, a veterans’ organization, General John A. Logan issued a proclamation that “Decoration Day” be observed nationwide. It was observed for the first time on May 30 of the same year; the date was chosen because it was not the anniversary of a battle.

Many of the states within the U.S. South refused to celebrate Decoration Day, due to lingering hostility towards the Union Army and also because there were relatively few veterans of the Union Army who were buried in the South. A notable exception was Columbus, Mississippi, which on April 25, 1866, at its Decoration Day commemorated both the Union and Confederate casualties buried in its cemetery.

The alternative name, “Memorial Day”, was first used in 1882. It did not become more common until after World War II, and was not declared the official name by Federal law until 1967.

On June 28, 1968, the United States Congress passed the Uniform Holidays Bill, which moved three holidays from their traditional dates to a specified Monday in order to create a convenient three-day weekend. The holidays included Washington’s Birthday, now celebrated as Presidents’ Day; Veterans Day and Memorial Day.

The change moved Memorial Day from its traditional May 30 date to the last Monday in May. The law took effect at the federal level in 1971. All 50 states adopted the measure within a few years.

Most corporate businesses no longer close on Veterans Day, Columbus Day or President’s Day, with the day after Thanksgiving, Christmas Eve, and/or New Year’s Eve often substituted as more convenient “holidays” for their employees.

Memorial Day endures as a holiday which most businesses observe because it marks the beginning of the “summer vacation season.” This has likely resulted in some people within some generations to believe that it is more of a fun time than a time to remember those who have fallen in wars.

Memorial Day has also, to many, become a day set aside to remember not just those who have lost their lives while in the military. Many people use the day, or days leading up to Memorial Day, to decorate not just fallen soldiers graves, but, the graves of other loved ones as well.