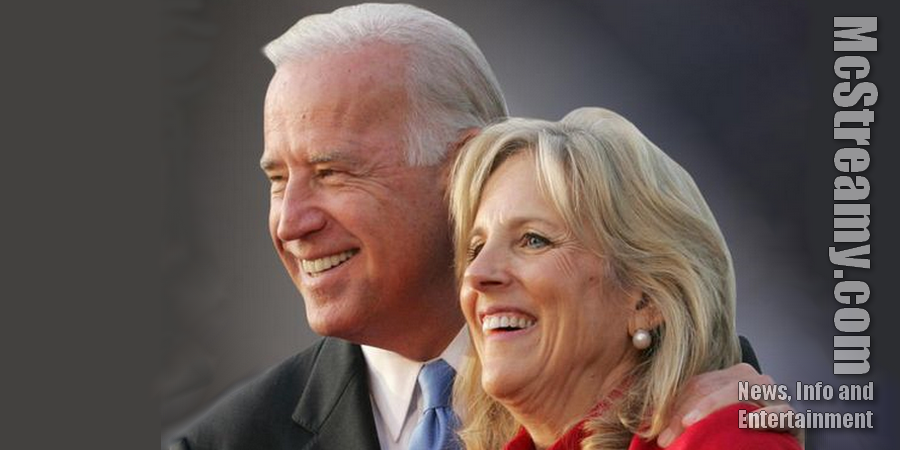 At this writing update (March 13, 2020), the Total Delegate count earned by the candidates shows Joe Biden with 881; Bernie Sanders, 725; Senator Elizabeth Warren,71; former NY Mayor Mike Bloomberg, 61; former Indiana Mayor Pete Buttigieg, 26; Minnesota Senator Amy Klobuchar, 7; Hawaii’s 2nd Congressional District Representative Tulsi Gabbard, 2. At this writing, Bloomberg, Buttigieg, and Klobuchar dropped out of the race before the latest primaries, endorsing Biden on the way out. Warren has also ended her campaign, but, at this writing has not declared any endorsement.

In the above photo, former Vice President Joe Biden (photo-left) is seen with wife, Jill Biden, who was Second Lady of the United States while her husband Joe was serving as VP. Jill Biden has a bachelor’s degree and a doctoral degree, and taught English and reading in high schools for thirteen years. She also taught adolescents with emotional disabilities at a psychiatric hospital. From 1993 to 2008, she was an English and writing instructor at Delaware Technical & Community College.