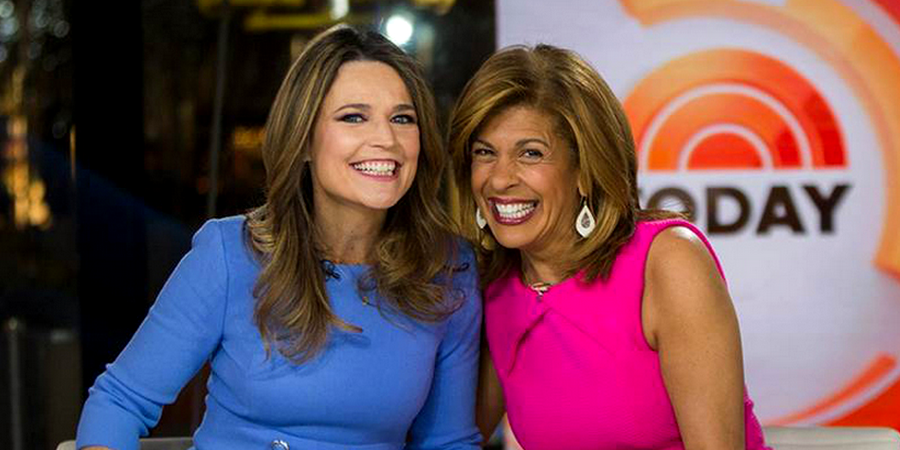 McStreamy.com – The NBC-TV “Today Show” has started the new year with the announcement of a permanent replacement for departed anchor Matt Lauer. Hoda Kotb (above-right) has been named co-anchor, joining Savannah Guthrie (above-left) in that role, making the show the only current morning program to have an official lineup anchored by women. NBC also makes it a point to note, the show’s first two hours are followed by two more led by women: Megyn Kelly at 9 a.m. and Kotb and Kathie Lee Gifford at 10. The new “Today” co-anchor is 53, born August 9, 1964 in Norman, Oklahoma, USA. Hotb’s career started at WXVT in Greenville, Mississippi after graduating from college. She went on to become anchor and reporter for WWL-TV in New Orleans, Louisiana from 1992-98. She previously was co-host on the fourth hour of the Today Show, co-hosting with Kathie Lee Gifford, and has been a correspondent for Dateline NBC since 1998. Kotb wrote a book, “Hoda: How I Survived War Zones, Bad Hair, Cancer, and Kathie Lee”, which was released in hardcover in October 2010. Hoda Kotb has followed with two additional books, and has won a Daytime Emmy Award. She filled in as interim co-anchor of “Today” and NBC decided the magic match-up with Savannah Guthrie should permanently continue. – McStreamy NewsBriefs