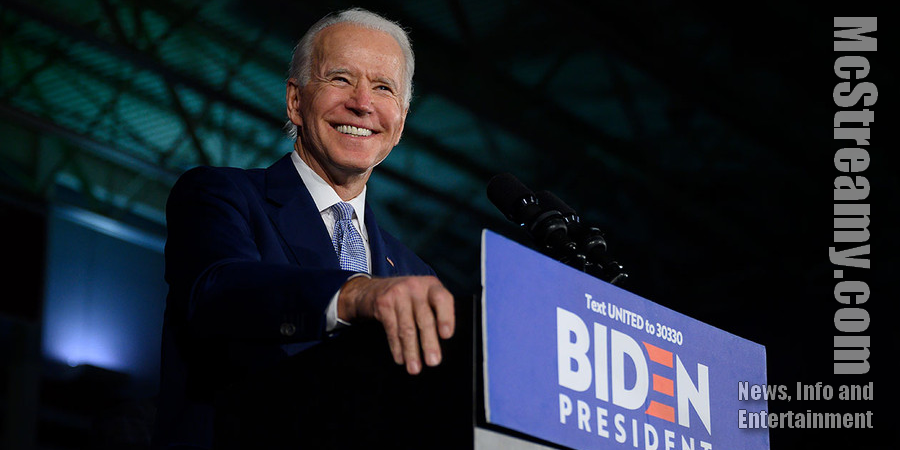 McStreamy.com – Democrat Joe Biden (pic) is Feeling Good about the trend in the vote count that shows the Biden-Harris team ahead in the Popular and Electoral vote tally thus far as the ballot counting process continues. This while current United States President Donald J. Trump tries to have the vote counting stopped while in progress because he noticed the more they count, the more votes go into the Biden-Harris column, which to some people sounds a lot like Trump’s earlier idea that if COVID-19 Virus testing is stopped the number of people coming down with the super contagious COVID-19 virus will stop.

As of 11:25 AM CDT 11/5/2020, Joe Biden and his vice presidential running mate Kamala Harris had nearly enough projected Electoral Votes (an unofficial 264, according to the Associated Press) and about 3.5 Million more Popular Votes than Donald Trump with final outcomes still to be determined in just four states (Nevada, North Carolina, Georgia, and Pennsylvania). The winner needs at least 270 final Electoral Votes to be declared the victor. The careful counting of a completely unexpected quantity of Absentee Ballots is causing slow results in the remaining states.

IN THE MEANTIME: The November 3rd voting also included some United States Senate and House of Representative seats. As of this writing, it appears the balance of power in the U.S. Senate may be tied 48-48 at this point until figures are updated, and the election process is completed. As for the House of Representatives, the Democrat majority in the House appears to likely be a couple of seats less, according to counts at this writing, but still in the majority.

FOR MORE STORIES being written on other websites and news sources, try our sister website, TheTopNews.Net from USWebDaily: What They’re Writing about The 2020 Election.