A Business World Mentality May Suck In A President 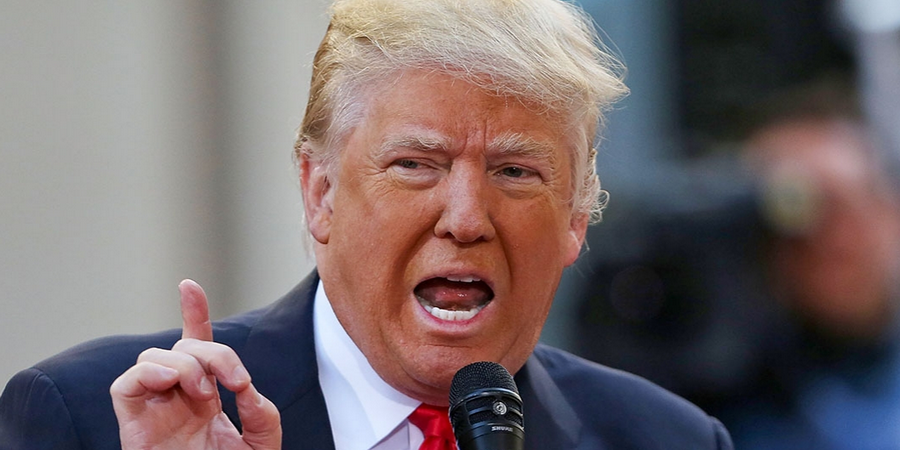 McSTREAMY.COM (05/12/2016) – The presumptive winner of the Republican Presidential Primary process seems to be businessman Donald Trump. However, although Trump is high on popularity polls, has gathered the most primary votes, and the most attention of news operations by far, some people aren’t sure he would be a good president, including the author of a recent book called, Winning The Brain Game. 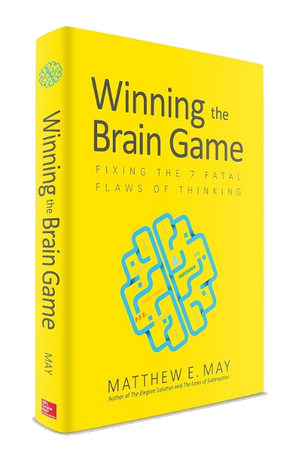 There are many reasons Trump may have won the GOP primary, but, has a long way to go to gain enough support at the general election ballot box to make it to the swearing in day next January. The book suggests, business world mentality isn’t necessarily a good thing.

“People may want to pause before voting a politician into office simply because they have a brain for business,” claims business strategist Matthew E. May. May is author of the newly released McGraw Hill book, “Winning The Brain Game: Fixing The 7 Fatal Flaws Of Thinking”.

According to former Apple evangelist Guy Kawasaki, “Every politician on the planet needs to read this book, immediately.”

In a 10-year study, involving hundreds of interactive creative problem-solving sessions, May gave over 100,000 professionals a thought challenge far less complex than their routine business problems. Results? Not only did less than 5% arrive at the best and most elegant solution, but the solutions given were remarkably similar. 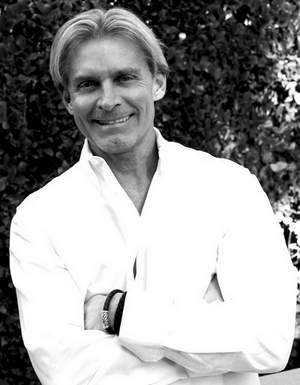 “It’s uncanny,” May states. “No matter where I went or who I gave the problems to, the results were eerily homogeneous. The evidence I’ve collected points to seven observable thinking flaws, glitches, if you will,” May continues.

“It’s not brain damage, it’s the human hard-wiring that comes from deeply grooved thinking tracks formed over time”, according to May. He says, however, “the good news is there are techniques, tips and tools used by the world’s top minds to overcome those fatal flaws”.

May was working as a full-time advisor to Toyota’s U.S.-based corporate university in 2005 when he first began to notice repetitive thinking patterns preventing business professionals from arriving at the best answer.

“I did not set out to conduct a long-term psychological study,” May admits. “Using a couple of different business-thought exercises, as icebreakers, we were surprised by how many people failed to solve the problem(s), and by the repetitive nature of thinking and behavior patterns.”

May left his consulting gig with Toyota in 2006, but kept using thought exercises in workshops, seminars, and speaking engagements all over the world. After a decade, he discovered that there are seven observable problem-solving patterns that can block our best thinking.

In Winning the Brain Game, Matthew May addresses the results of the research, as well as the fixes for the flaws.

Author Matthew E. May calls on NeuroScience and Psychology to help explain the fatal flaws, then draws on interviews with the most innovative thinkers in the world as well as his decade of field experience in coaching individuals and teams to deliver the seven best techniques for avoiding them.

Donald Trump says over and over in his speeches and interviews that he is a businessman and as such he will get things accomplished as President, if elected. However, that, in itself, isn’t necessarily going to help him solve the problems the next president, the country, the government, and, it’s people, face. Many Republican Party leaders, numerous detractors, supporters of the Democrat point of view, and potential voters of all kinds during the upcoming General Election, believe Trump doesn’t have what it takes to represent the United States in the White House and around the world.

The Big Question Is: If Trump reads this book, would that change anybody’s gut feeling about putting Donald Trump, the man many people love and others distrust and hate, in the White House? The man is unlike any Presidential Candidate ever. Many residents of the United States, who must make the final decision, don’t feel the star of a tv reality show called, “The Apprentice”, is ready for the Prime Time Job of being President of the United States. Only the events of the next few months will determine whether Trump makes it all the way.