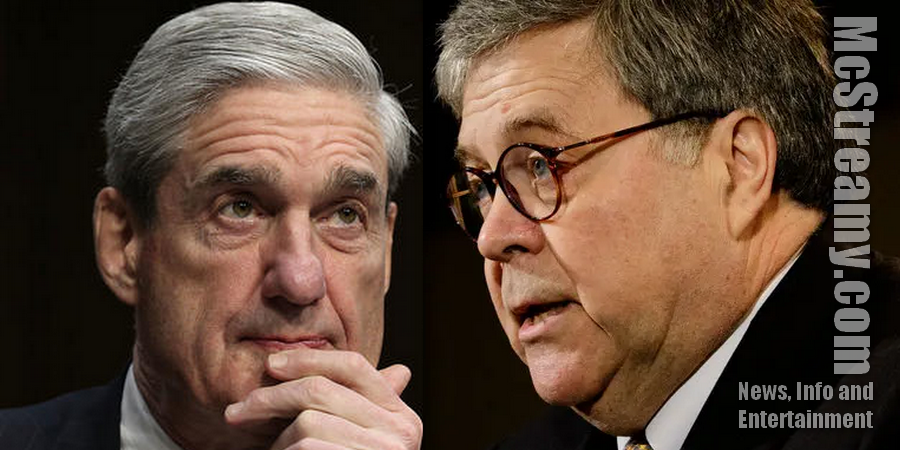 McStreamy-com – The long awaited Mueller Report from Robert Mueller (pic-left) and his Special Counsel team is now in the hands of United States Attorney General William Barr (pic-right). The report was in the hands of Barr in the United States Department of Justice as of March 22, 2019. The next step is up to recently installed Attorney General Barr.

The internal Justice Department regulations indicate Barr is responsible to read through the report and decide what can be passed on to Congress and the public. It is likely the information will be in a Justice Department summary of the Mueller Team findings. It is expected that Barr will be as transparent as possible when passing on the findings to Congress and the public.

The Special Counsel Investigation was authorized by Deputy Attorney General Rod Rosenstein, representing the United States Justice Department, to look into matters involving the circumstances of the 2016 election of the Trump Administration. Mueller was initially empowered to investigate and prosecute “links and/or coordination between the Russian government and individuals associated with the campaign of President Donald Trump.” – McStreamy NewsBriefs