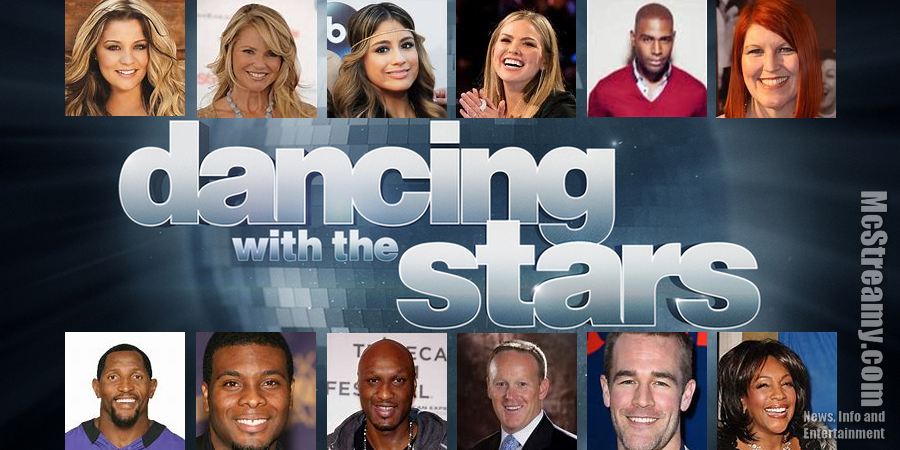 Bottom left to right – Ray Lewis, 44, University of Miami All American linebacker who went on to play for the NFL Baltimore Ravens for 17 years; Kel Mitchell, 40, actor, stand-up comedian, musician, singer, rapper, cast member of the Nickelodeon sketch comedy series All That, and voice actor; Lamar Odom, 39, played for the Los Angeles Lakers in the National Basketball Association, during NBA championships in 2009 and 2010, NBA Sixth Man of the Year in 2011.; Sean Spicer, 47, twenty-eighth White House Press Secretary and as White House Communications Director under President Donald Trump in 2017, communications director of the Republican National Committee from 2011 to 2017, and GOP strategist from 2015 to 2017; James Van Der Beek, 42, “Dawson’s Creek” actor, co-star on ABC’s  “Don’t Trust the B—- in Apartment 23”, Matt Bromley on the FX drama “Pose”, appeared in “Varsity Blues” and “The Rules of Attraction”; and Mary Wilson, 75, a founding member member of the Supremes, who went on to release three solo albums, five singles and two best-selling autobiographies, “Dreamgirl: My Life As a Supreme”, and “Supreme Faith: Someday We’ll Be Together”.

The latest word is that the 2019 competitors, matched with professional dance partners, will start dancing their butts off for the new season,  Monday, September 16, 2019, 8 Eastern/7 Central on ABC-TV. – McStreamy NewsBriefs

Wondering what reporters and commentators are saying and writing about Dancing With The Stars? Check it out in TheTopNews gathered at our sister website, USWebDaily.com, featuring vetted, quality news sources from other, reputable, professional news operations.